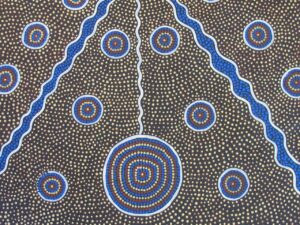 The history of the region begins over 60,000 years ago and is contained in the continuing culture of the local Aboriginal people. The land still contains reminders of their rich culture in rock engravings, cave paintings, axe grinding grooves and shell middens.

We acknowledge the traditional custodians of this Country. Thank you to the Dharawal people for the thousands of years of care and respect they have shown to this country and we pay our respects to their cultures and traditions. We would also like to thank the Aboriginal people for allowing us to work on country, to continue working towards improving the profile of Aboriginal and Torres Strait Islander people, and to educate the wider community regarding the value and integrity of Aboriginal culture and ways of knowing.

One of the darkest days in the history of the Aboriginal people in the area came on the 17th of April in 1816 when Governor Lachlan Macquarie ordered a raid against the people and massacred at least 14 of the Dharawal tribe. Since 2000, the day has been commemorated annually with a memorial service held at Cataract Dam near Appin.

A very long time later, European history began in 1788 shortly after settlement at Sydney Cove, when the colony’s entire herd of cattle (four cows and two bulls) strayed from their enclosure and were lost. In 1795 a greatly enlarged herd of 61 cattle were discovered on the grassy land between the Nepean River and Georges River. This area was promptly named the “Cowpastures” – and was deemed a restricted area to provide ongoing protection for the herd; this restriction was short-lived as the herd, deemed too aggressive to be tamed, was destroyed. In 1803, John Macarthur had been granted 5,000 acres (20 km²) at the Cowpastures and began grazing Merino sheep. His sons William and James introduced viticulture and a commercial nursery, and a successful dairy was founded by Emily Stone, James’ wife.

The Macarthur region is named after Elizabeth and John Macarthur who were founders and pioneers of the Australian wool industry. Founded on land owned by the Macarthurs and surveyed by Sir Thomas Mitchell, the town of Camden was named for Lord Camden, who, during his brief tenure as Secretary of State for War and the Colonies had secured the initial land grant for John Macarthur who was then in England. The original Macarthur family property covered the three local councils (Camden Council, Campbelltown City Council and Wollondilly Shire) that are within the region.

The region is generally regarded as the area where the city of Sydney meets rural countryside of regional New South Wales. Campbelltown and Camden were once rural towns which formed the nucleus of new urban communities created following the Three Cities Structure Plan 1973.

The Wollondilly Shire, which makes up the largest Southern part of the region, is a mostly rural region with small scale industry and commerce. Notably, the Wollondilly supplies much of Sydney Metropolitan and surrounding areas with water from Warragamba Dam, Cataract Dam in Appin, and Cordeaux Dam in Wilton. The Avon and Nepean Dams are located in the neighbouring Wingecarribee Shire. and are accessed via road through Wollondilly’s Bargo.

The region is steeped in history with statesmen, adventurers, larrikins and villains all having an association with the Macarthur region which makes it a great destination for historians to visit. A great place to start is at the Camden Museum which is also the starting point for the Camden Heritage Walking Tour.

Campbelltown also has some equally interesting walking tours including the Heritage Plaque Tour and the Heritage and Cultural Tour. Spoilt for choice, Picton is home to many beautiful viaducts and bridges and is arguably the most haunted town in Australia. The NSW Rail Museum in Thirlmere is opened to the public and offers a heritage steam train ride every Saturday and Sunday.

To get the most out of seeing the heritage in the region there are a range of accommodation options available to suit all tastes and budgets, that allow you to enjoy a full weekend of history.

Not quite sure what you’re after?
Let’s customise something together.